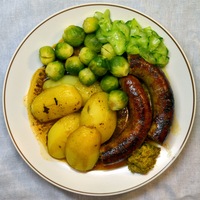 Last year, former Chicago Cubs pitcher, Steven Ellis, published an article titled, "Baseball Pitchers Pregame Meal." Although the article specifically addresses what pitchers should eat before a game, there is no reason at all that his suggestions need to be confined to pitchers only; there isn't a single player on the team that couldn't benefit from the advice!

Steven points out that there are three components that are essential in a successful training program - workouts, food and rest. Actually, he adds a fourth absolutely essential component later in the article - water. He states that athletes need to consume at least two cups of water every 30 minutes that they are working out and points out that the Cubs organization encouraged pitchers, in particular, to drink up to 2 gallons of water per day during intense workouts.

The main point of Steven's article is that eating something special just prior to competing will not enhance your performance - it is an old concept that should be done away with. What you eat every day during training has a far greater impact on your game time performance. Or, as he puts it, "a pre-game meal cannot make a superhuman out of a mere mortal."

In fact, eating something special before a game can have very detrimental effects, says Steven. Eating something that is not part of your normal routine can lead to an upset stomach and/or rob the body of the nutrients it has become accustomed to during workouts. If you are a "meat and potatoes" kind of guy during the week, you should be that same guy before a game. Switching to a pasta meal to "load up on carbs" could have detrimental effects.

"The pre-game meal is not an experiment," says Steven, "it should be like your ball glove — familiar and comfortable." He provides a pre-game meal bullet point list:

Steven also recommends drinking a cup of coffee with no sugar just prior to game time if you need "a perk," although, later in the article he contradicts himself, saying that you should NOT to drink caffeinated beverages because they are diuretics that sap the body of much needed hydration. I'd say it's best NOT to drink caffeine prior to or during a game. The best "perk" is a good night's sleep!

Steven recommends logging what you eat prior to games and noting how you felt during those games to see if there is one meal in particular that seems to have a positive or negative effect on your performance. Seems like a pretty good idea to me!

Pitching Machine Stop Quote of the Day:"Take care of your body. It's the only place you have to live." - Jim Rohn