Even More Great Base Running Tips! 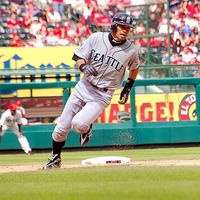 I've written about base running here a couple of times - once, where I pointed out Two Huge Base Running Errors That Cost Teams a Game and another time when I wrote Winning Base Running Means Winning Games.

Although the second article was chock-full of my own base running tips, it never hurts to see if there is a gem or two being offered up by someone else! In an article published more than a year ago, Nick Dixon presented a number of great base running tips all young players should pay attention to.

The article, Baseball Coaching Digest - Base Running Basics, gives tips on what you should do when you are on first, second or third. Although some of the tips Nick offers are similar to mine, the following were ones that I did not include in my piece and consider to be the best:

I've used that last one, myself, for all bases as a matter of fact!

Got any base running tips of your own you'd like to share that weren't covered here or in my other article? I'd love to hear them!

Pitching Machine Stop Quote of the Day:"Baseball is ninety percent mental and the other half is physical." - Yogi Berra