Baseball Superstars Impact the Team With More Than Just Their Skills 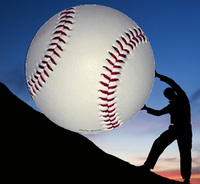 I really enjoy reading things written by Doug Bernier. He had great success in high school and college and has always been on the cusp of becoming a solid major leaguer. He has a perspective on the game that few will ever know and fewer, still, can articulate.

Last December, Doug wrote an article for Pro Baseball Insider where he discussed how much of a role team leaders and team captains really have. Whether they know it or not, the superstars on any team dictate the mood, morale and work ethic of the team they are on.

When the best player on a team shows up early, stays late and practices hard, other players on the team naturally do the same. Conversely, when they show up late, miss practices or just go through the motions during practice, the entire team seems to do the same.

Doug relieved Derek Jeeter at shortstop during the Yankees 2012 spring training season and he said he was amazed by how great a leader Derek Jeeter is. Jeeter ran out every ground ball, practiced extremely hard, took extra swings in the batting cage and participated in the conditioning drills like he wanted to be the best on the team.

Jeter doesn't need to prove anything to anybody; he's a sure Hall of Famer. Doug Bernier says that just watching him made him want to work that much harder, be that much better, himself.

Parents and coaches need to realize that the superstars on their team have a huge impact in shaping the entire personality of a team. While some may think the superstars need to be coddled, winning coaches realize that just the opposite is true. Sit your stars down and let them know that the entire team is looking up to them. The harder they work, the better the whole team will be.

Pitching Machine Stop Quote of the Day:"Individual commitment to a group effort - that is what makes a team work, a company work, a society work, a civilization work." - Vince Lombardi