Posted by Scott McKirahan on 5/3/2014 to Coaching Tips 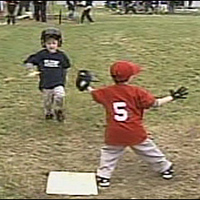 While In The Dugout

Running From the Plate

While On First Base

While On Second Base

While On Third Base

While On Any Base

Make sure plenty of practice time is devoted to teaching base running scenarios. If all of your players are doing the above, it will undoubtedly earn you a few extra runs per game and a few extra wins!

Pitching Machine Stop Quote of the Day:"Baseball is 90 percent mental and the other half is physical." - Yogi Berra